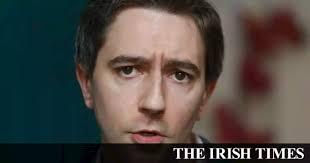 Minister for Health Simon Harris said the rehabilitative training allowance was being discontinued to eliminate inequities in access to training places for people with disabilities. Photograph: Nick Bradshaw

Updated: about 12 hours ago

Minister for Health Simon Harris has defended the axing of a grant paid to people with disabilities on some training programmes.

Mr Harris said the rehabilitative training allowance was being discontinued in order to eliminate inequities in access to training places for people with disabilities.

More than 2,200 people currently receiving the allowance would continue to get it after the scheme is ended for new entrants from next month, he said.

The move to cease the €31.80 per five-day week payment from September 1st has been criticised by social workers and Opposition TDs.

Describing the move as a “callous act affecting those most vulnerable and most in need of disability supports”, Donegal Independent TD Thomas Pringle claimed it was motivated by the need to save money because of cost overruns in the health service.

The Irish Association of Social Workers said the decision went against UN policy on empowering people with disabilities. “It makes no sense. It saves very little money. It deprives people with a disability of the opportunity to be independent and live the life they want.”

However, Mr Harris claimed on Monday the money saved will be used to provide an additional 300-day training places for people with disabilities.

According to the HSE, the allowance was put in place in 2000 when responsibility for training programmes passed to on the dissolution of the National Rehabilitation Board.

The payment was aligned with training bonuses then paid by the worker training agency Fás but these were eliminated in 2012.

The Department of Health said the continuing payment of the allowance added to inequities that already existed in the provision of day services to adults with disabilities.

People attending “very similar” day services do not get the allowance, it pointed out, and some people are getting only a part-time payment.

The decision, estimated to affect about 400 people a year, will yield €3.7 million in savings over four years and the HSE said this will be re-invested in day services.

To see article in THE IRISH TIMES: https://www.irishtimes.com/news/health/minister-defends-axing-of-training-allowance-for-people-with-disabilities-1.3991133?mode=amp