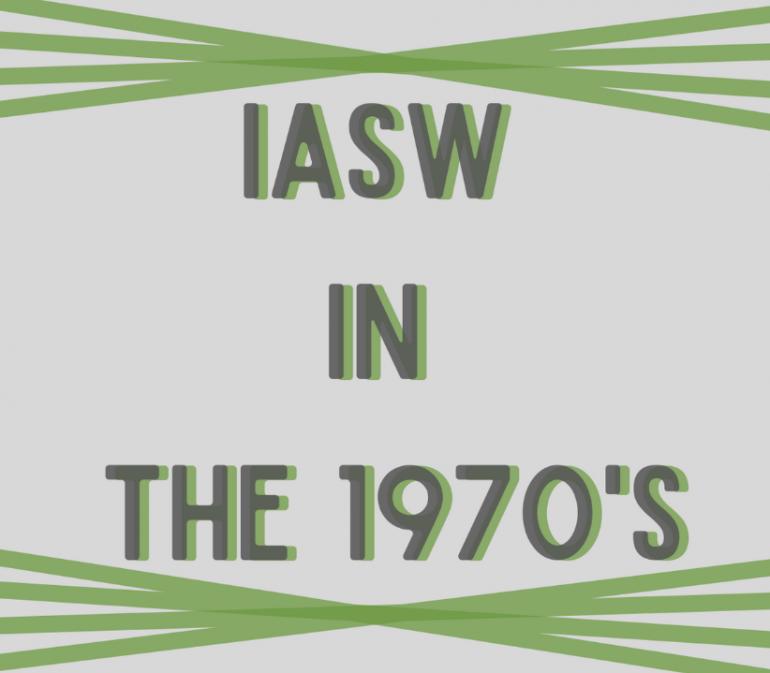 The IASW was founded on the 6th March 1971 by the coming together of social workers who worked in hospitals and in psychiatry – the Irish Society of Medical and Psychiatric Social Workers. The late Maureen Murphy was the first President of the new association. The office of the IASW was at 18 Nicholas Street, Dublin 8.
An inaugural dinner was held on the 6th March in Dun Laoghaire at which Hugh Saunders, a member of the International Federation of Social Worker’s (IFSW) Executive, addressed the group. Dr Paul McCarthy , Director of Child Psychiatry in the then Dublin Health Authority (later Eastern Health Board) also addressed the dinner party, as did Senator John Kelly.
A long article by Don Buckley was published in the Irish Times the day before the inauguration. The article mentioned Crumlin Social Services Centre, Dublin, where it said five social workers were employed – one working with young people, another with older people and the remaining three were organising a comprehensive family casework service. The Centre was a voluntary organisation that was independent of statutory control, but worked in cooperation with the Dublin Health Authority.
In January 1972, the subscription rate for IASW membership was £3 per annum for those earning up to £1,400 and £9 per annum for those earning £2,500 or over. There was a Salaries’ Sub-committee of the Association to work in consultation with the trade union to investigate more equitable salaries and conditions for social workers.
In January 1973, an article in the Irish Medical Times stated that there was an urgent need for more social workers to lessen the work load of GPs and psychiatrists and ‘leave them free to attend to the work for which they were trained.’.
In April 1973, Pat Waldron, the Hon Secretary of the IASW’s newly formed sub-committee on International Social Work was in communication with the IFSW’s Secretary-General, Catherine Chuard about social workers as ‘experts and resource persons’ in relation to tackling social issues in each country where there were social workers.
In 1976, the IASW issued its first written statement on Statutory Registration for social work. This was a policy document titled ‘A Framework for Social Work Practice’. Later, in November 1979, as members of the Social Work Education Consultative Committee, IASW Representatives met with Department of Health officials about a proposed Bill for a Statutory Authority.
By the late 1970s, the IASW had moved its office to Liberty Hall in Dublin. It was open in the mornings only.
IASW published its policy document on Nullity in 1978. In the 1970s, marriage and family planning were issues of debate in Ireland and the IASW played a part in that discussion.
In August 1979, the Association hosted a very successful IFSW European seminar and meeting in Dublin.
In 1979, Augusta McCabe was the President and the President-Elect was Frank Goodwin. The Annual Report for 1979-1980 stated that a proposed IASW magazine was being launched. It would be free to members and 50 pence to non-members. Carmella Grant was the first Editor.
The Annual Report for that year also had a piece from a Sub-Committee on Income Maintenance which looked at the Free Fuel Scheme of the time, the Department of Social Welfare Appeals System and the lack of information about Social Welfare and Health Board benefits. The Sub-Committee was mainly concerned that year on working on the establishment of a paid team to educate groups and the general public, the overall aim of which was the elimination of ‘the root inequities which cause such constant and grave individual hardship.’.